The 23 metre high tower was built at the end of the 11th century and features a pitched roof. The decorative flèche with its cockerel was added in 1757 and the, equally decorative, crow-stepped gable in 1895. The foundations were built of large standing stones from a dolmen or portal tomb. Two large stones can be seen on front of the tower. The architectural style of both the nave and the tower is Romanic. The bell was appropriated by the Germans during World War II and winched from the highest vent in the tower. The sandstone pillar between the vents had to be removed to facilitate the bell’s removal and was broken in the process. 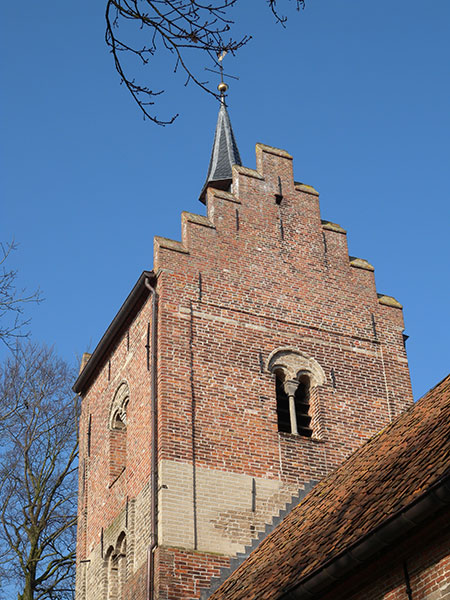