History tells us that a clock was probably located in the tower as early at the 14th century. This was probably replaced in the early 18th century. During restoration work in the Second World War, this clock was placed outside next to the tower. When the time came for it to be re-installed it was found to have disappeared. The clock had stood on the second floor of the tower. It had no clock-face as such, but simply chimed the large bell on the hour and half hour. The farmers of Anloo knew, as a consequence, when to eat or go home.

A tower clock now stands on the ground floor for everyone to see. This was built in 1860 by S.Rodenburg of Sneek and stood in the church of Hempes near Leeuwarden. In 2012 it was restored by Brunia, a tower clock maker from Exmorra, and placed in the tower of the Magnuskerk. 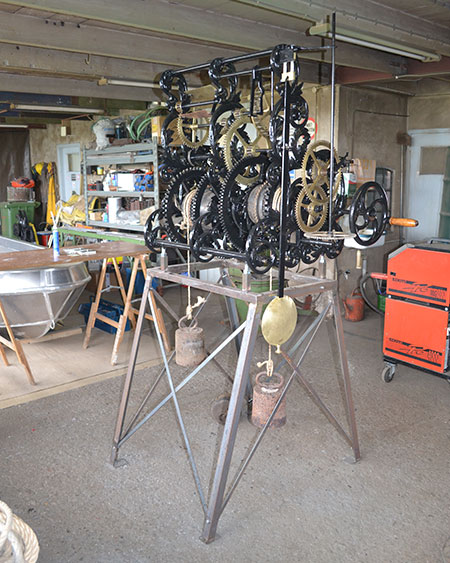