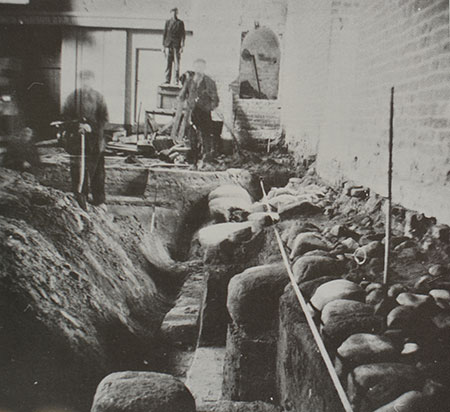 During the restoration of the nave and tower in the Second World War, excavations were undertaken in the nave under the direction of Prof. Dr. A.E. van Giffen. These indicated that the present building had a smaller stone predecessor and three wooden ones dating from the 9th and 10th centuries. These smaller buildings had a mud floor. In addition to remains dating from the second and third centuries BC, Van Giffen also found traces of a colony from the time of the builders of the portal tombs whose stones are found in the base of the tower.

Countless people are buried in the nave of the church. On various occasions these old graves have been disturbed.

The excavations revealed many different discoveries, some of which are located in the display case under the tower. 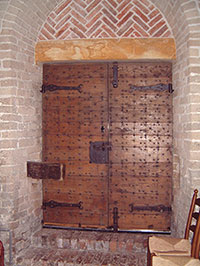 In the Middle Ages, the church building functioned both as a House of God and as a place of shelter or even as a fortress. As a result of the high rounded windows, walls of more than meter thickness and the massive doors which could be barricaded by thick wooden beams, the church was almost impossible to break into for people with evil intentions.