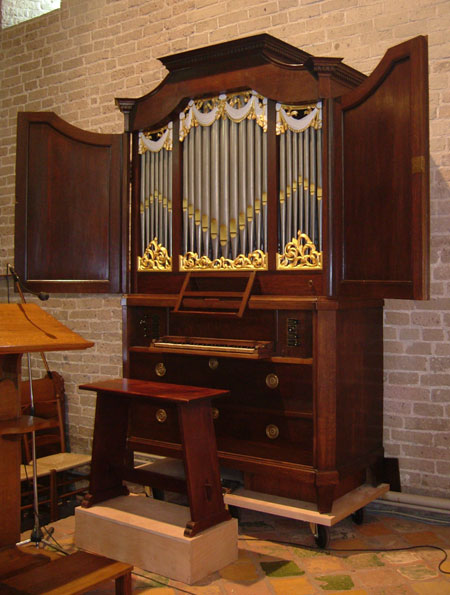 In 1804, Heinrich Hermann Freytag built a cabinet organ with six stops, possibly in response to a commission from the inhabitants of the Hanckema House in Zuidhorn. In the 1940s, Mense Ruiter installed the organ in the Magnuskerk to be played whilst the large organ was being restored. The cabinet organ was restored in the 1980s by Romke Venema from Ten Boer. In 1989 it found its way once again to the Magnuskerk in Anloo whilst the large organ was undergoing restoration. Unfortunately the foundation was unable to purchase the instrument and it departed Anloo once again. An anonymous foundation bought it in 2005 and gifted it to the Friends of the Magnuskerk Foundation with the result that the instrument has now found a definitive home in Anloo.