The copper-work dates from the 17th century. During the Second World War, it was removed by various farmers from the church for safe keeping from the Germans who would have appropriated it to make ammunition. The farmers did their job well: the baptismal dish with its holder was only rediscovered during the 1980s in a small shed adjacent to the Recotry.  The egg timer was used during the liturgy. As soon as the sermon began it was turned over and at the moment the sand had emptied, the preacher was obliged to be finished. In the event that the sermon was ‘too long’, his salary could be docked.

The chandelier with its two sets of eight candle holders above the communion table formerly hung in the middle of the church. In fact, the chandelier was nearly lost when, in 1902, the church council offered it for sale for 2500 guilders, thereafter for 1250 guilders and finally for 1000 guilders. Fortunately, the potential buyer considered this a price not worth paying. 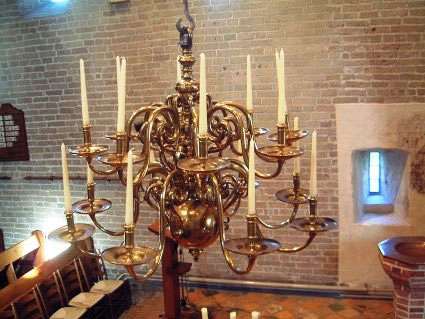 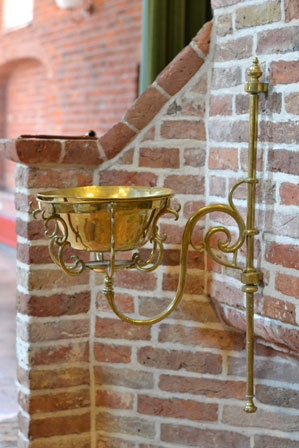 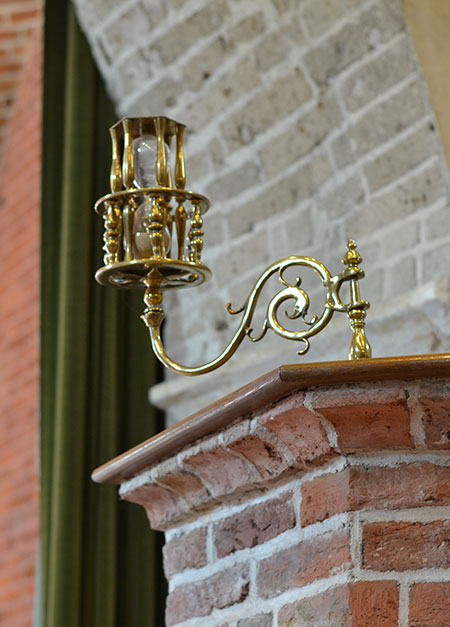 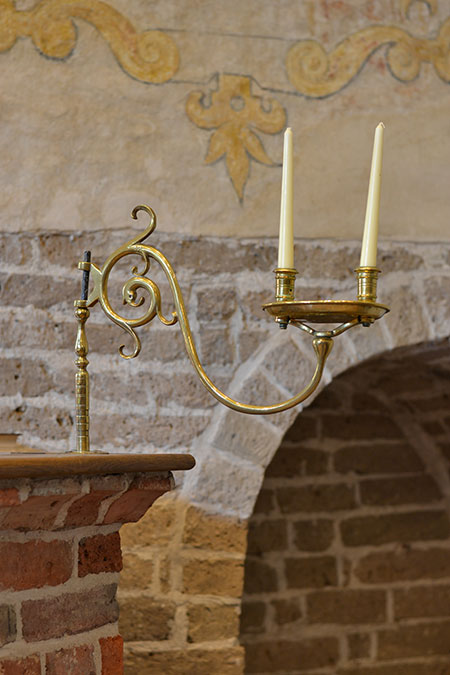