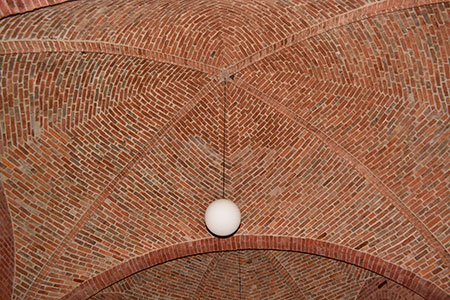 In the quire, three bays of beautifully constructed rib vaulting can be seen. In the central bay, two holes can still be seen through which the bell ropes for the priests' bell previously hung. 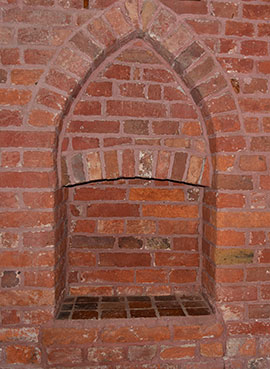 The walls of the quire were previously whitewashed both inside and out. This was removed during the restoration which took place in the 1930s. In the lancet arch in the South East corner of the church stood, most likely, a washing basin which the priest could use to wash both his hands and the vessels used during the celebration of the Mass. This sink probably had a drain directly underneath in the church foundations in order that no traces of the host or the wine would end up in the churchyard.

Paw prints can be seen in a number of flagstones in the quire. These used to be thought to belong to the devil. However, the stones, made of clay, were left outside to dry during their construction so a passing animal would seem the most likely explanation.

During the restoration work which took place in the Second World War, a crypt was found underneath the quire. Also discovered at this time was a mud floor, lying some 80cm under the present floor. On this second floor lay tuff stone rubble suggesting that the stonemasons perhaps sat here working during the church's construction. 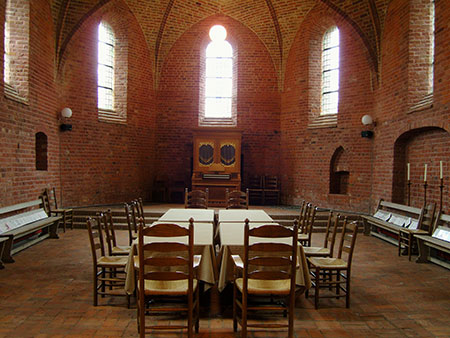